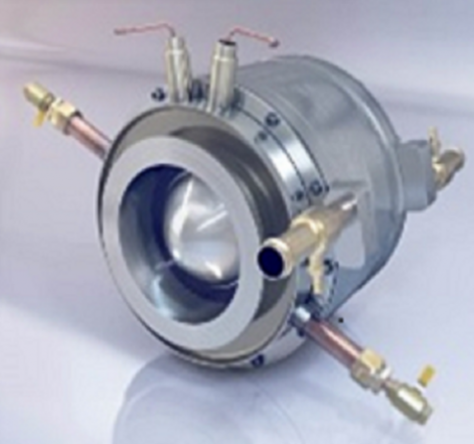 Industries involve a huge amount of energy consumption. A considerable amount of this energy is lost and escapes to ambient as waste heat. Energy recovery from industrial waste-heat streams attracts interest for commercial and strategic reasons. Main drivers are international competition and technological opportunities, combined with geopolitical issues such as security of energy supply, energy consumption and greenhouse gas emission. In recent years, numerous ideas have been suggested either for better process integration, reuse in other settings, or for power generation. For an efficient use of waste heat generally following order is essential:

In the iron and steel industry the points 1 to 3 are usually state of the art. Thermoelectric (TE) devices have the ability of directly convert waste heat into electricity and can be located under point 4.

TE materials are semiconductors which exhibit a strong relationship between a current flow in the material and the passage of heat through the material. This is due to the Seebeck effect. The Seebeck effect shows itself as the generation of electrical power from the semiconductor when opposite ends of a piece of the material are subjected to hot and cold temperatures respectively. TE modules consist of arrays of N and P type semiconductors in which electrical energy can be produced. TE systems have well known advantages: no moving parts, simple configuration and long-run unattended operation for thousands of hours. Additionally, they are scalable and do not release any pollutant to the environment during operation. Hence, they could be suited for many applications at different scales. Proved applications of thermoelectric power production are in the Aero and Space industry and for power supply in remote areas e.g. at pipelines, on offshore platforms or in nature protection areas. Until now waste heat recovery from industrial plants by TE devices is just demonstrated in research projects in prototype scale applications.

The project started at July 1st 2015 and ends at December 31st 2018. Involved partners in the research are

The research has received funding from the European Union’s Research fund for Coal and Steel (RFCS) research programme under grant agreement No°RFSR-CT-2015-00028.

Aim of the project is to develop a TE demonstrator with a power output of 1 kWel for utilization of high temperature industrial waste gases with temperatures well above 550°C. The demonstrator will be tested in an industrial environment for several months to determine the techno-economic feasibility of such a system and to make statements about the possibility to use the technology in non-iron and steel industries.

Main aim is the long-term testing of a newly developed TE demonstrator in an industrial environment. Thus, several waste heat sources of an integrated steel mill will be studied, supported by both tests and data evaluation to determine their suitability for such a long-term test.

Since the TE system will be installed in the waste gas of an iron and steel manufacturing process, advanced components, materials and solutions need to be integrated in the TE system and the electrical power subsystem. These requirements are determined by the high temperature level at which TE power generation will now be applied and the nature of such waste gases, that are produced when combusting iron and steel process gases. For that reason surface coatings for antifouling will be investigated to protect the heat exchanger of the TE system from damages.

To optimize the performance and power output of the TE system a tailor made power converter and new MPPT (Maximum Power Point Tracking) algorithm will be developed. The goal of the MPPT algorithm is to set the TE system to operate at its optimum power output according to the temperature conditions.

By testing a bench scale unit in the laboratory under near-service conditions, which will be able to produce about 200 Wel, conclusions can be drawn about the requirements to process control, power conversion, heat exchanger design and the construction that supports the TE system in the waste heat stream.

Based on the results of the bench scale test a 1 kWel demonstrator will be developed and tested at the selected industrial plant for several months. The results will then be used to study the techno-economic feasibility of implementing TE systems in high temperature waste gases. This includes a comparison with other steam based power producing technologies and an extrapolation of the research results to other industries.

Main results obtained until now are:

A suitable waste heat source at TKSE steel plant was selected and the connection for the demonstrator installed.

A thermoelectric cartridge with an expected power output of 250 W was assembled and tested in the laboratory under near-service conditions. 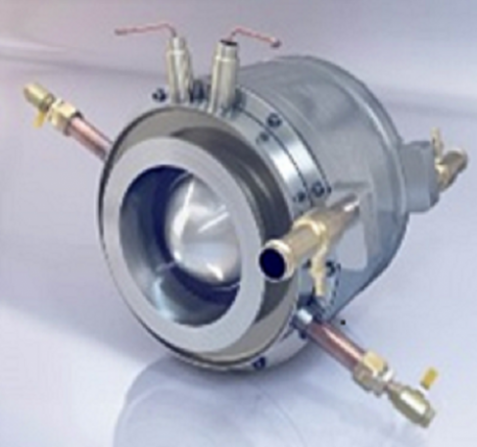 A power conversion system was developed and assembled. A new MPPT algorithm was designed with an increased power output of 3.7 % compared to other MPPT algorithms.

Coatings for antifouling were investigated and suitable coatings selected